With their unconstitutional January 9 celebration, authorities in Bosnia’s Republika Srpska (RS) entity “mocked” the victims of the Bosnian Serb army and “removed another brick from the foundation of Bosnia and Herzegovina”, while the West failed to “prevent things from going this far,” the Director of the Novi Sad-based Centre for Regionalism, Aleksandar Popov, told N1.

As every January 9, authorities in the RS, led by RS President, Milorad Dodik, organised a massive event to mark the “Day of Republika Srpska”, which was declared unconstitutional by BiH’s Constitutional Court. The event usually takes place in Banjaluka, the administrative centre of the RS. However, this time they decided to organise it in Istocno Sarajevo (East Sarajevo), near Bosnia’s capital.

“Not only was the day which the Constitutional Court ruled unconstitutional marked, but it took place in Sarajevo, which suffered 2.5 years of terror by the RS Army, which is a mockery of citizens and victims. And this is not only about Sarajevo, but also about all the places where crimes and genocide were committed,” Popov said.

He said that Dodik is also trying to alienate and send a message to the international community and to BiH itself “by constantly taking new steps in the direction of its destabilization.”

“The awarding of the award to Putin, a man who was condemned by the entire liberal world for his aggression against Ukraine, had a particularly bad impact. Putin has experienced recognition from his pawn in the Balkans and his desire to transfer the Ukrainian crisis to the Balkans is being fulfilled,” he said.

“With this act, another brick was removed from the foundations of Bosnia and Herzegovina,” Popov said, adding that he is not surprised by Dodik’s recent actions, as “he has been doing this for decades.”

However, what surprised Popov was the lack of action by the international community.

“Dodik exceeded every measure, even though he was sanctioned, that did not affect him. Because of his and similar behaviour, there is a division among the people of Bosnia and Herzegovina. I was recently in Sarajevo and I was unpleasantly surprised that the city is so divided. There is almost no communication between the two cities (Sarajevo and Istocno Sarajevo) and that is the worst thing. If this behaviour continues, the dissolution of Bosnia and Herzegovina will begin to be implied. This is a dark forecast, but I’m afraid that as time goes by, it’s going more and more in that direction,” he warned.

Popov did not rule out the possibility that Dodik might organise such a celebration in Srebrenica in the future, the eastern town where the Bosnian Serb Army committed genocide.

“Bearing in mind everything that Dodik did to deconstruct Bosnia and Herzegovina, I would not be surprised if he did that too. But he will do it until someone tells him he can’t,” he said, adding that the High Representative of the international community in the country, Christian Schmidt, is “trying to do something” but that this does not amount to much in reality.

Among those attending the ceremony was the son of Serbian President, Aleksandar Vucic. According to Popov, there is a reason why Vucic did not attend the event personally.

“Vucic has not attended such celebrations so far. This sends a double message. One is that we have a “Serbian world”, that all Serbs in the surrounding area must gather, and on the other hand, Vucic says that he respects the territorial integrity and sovereignty of Bosnia and Herzegovina,” he said.

“It seems to me that his failure to distance himself from Dodik’s statements does not go in the direction of the consolidation of Bosnia and Herzegovina. Unfortunately, Croatia has been behaving similarly lately. My impression is that Belgrade is holding Republika Srpska like an ace up its sleeve in the upcoming negotiations with Kosovo, so they can say that if they do not get a satisfactory solution, they have the option of settling getting the RS,” he said.

Popov argued that the idea of the RS being recognised as an independent state by the international community is unlikely, but that such efforts can easily destabilise the situation.

“I’m surprised by the West, the EU and the USA because they have mechanisms to prevent things from going this far. I really don’t understand what their idea of ending destabilization and on how to pacify the Western Balkans is,” he said. 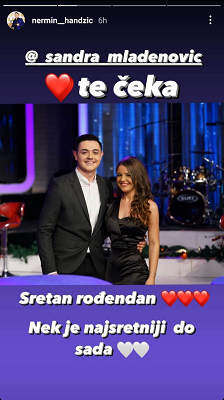 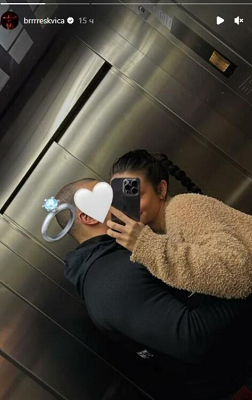